I am making some chocolates for my black and red roller derby league to give as prizes and sell at the event in our famous bake sale. I was investigating black flavours and there’s some really gross options!!! Liquorice was my first, obvious choice, but then I broadened my options a little to allow really dark plum colours. Anyway … in my searching, I obviously found lots of licorice recipes including one that brought back some memories – a licorice caramel in a little square of baking paper just like the olden days. I thought I’d give this recipe a try but instead use the Black Walnut which I can only try to describe as a mixture of maple syrup, coffee, wine and … something else I can’t put my finger on. The result turned out ok, but I don’t think the flavour is for everyone. 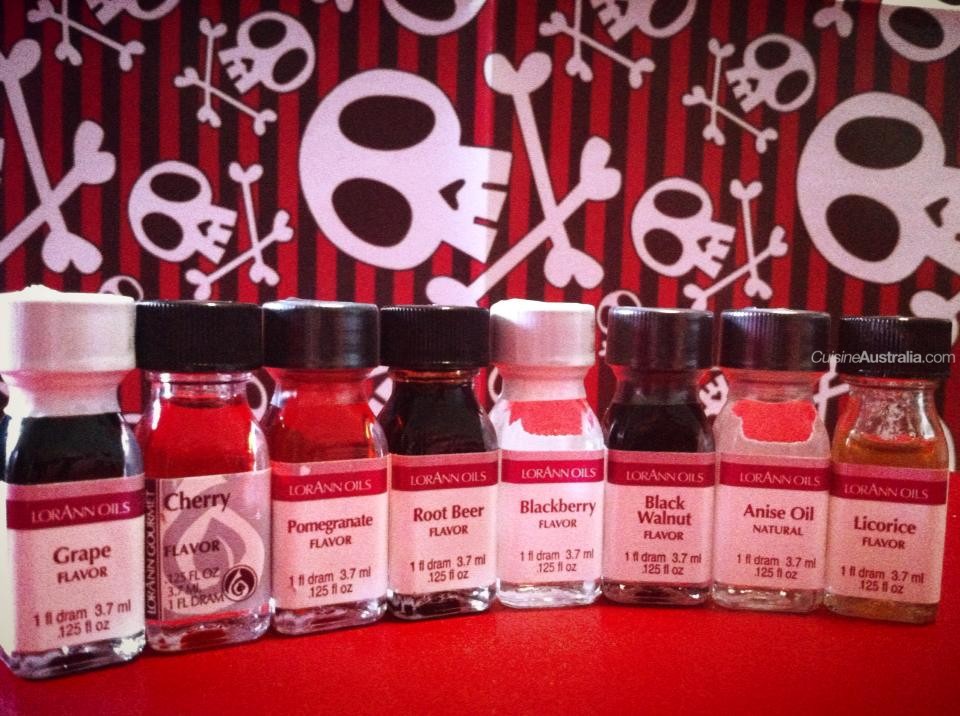 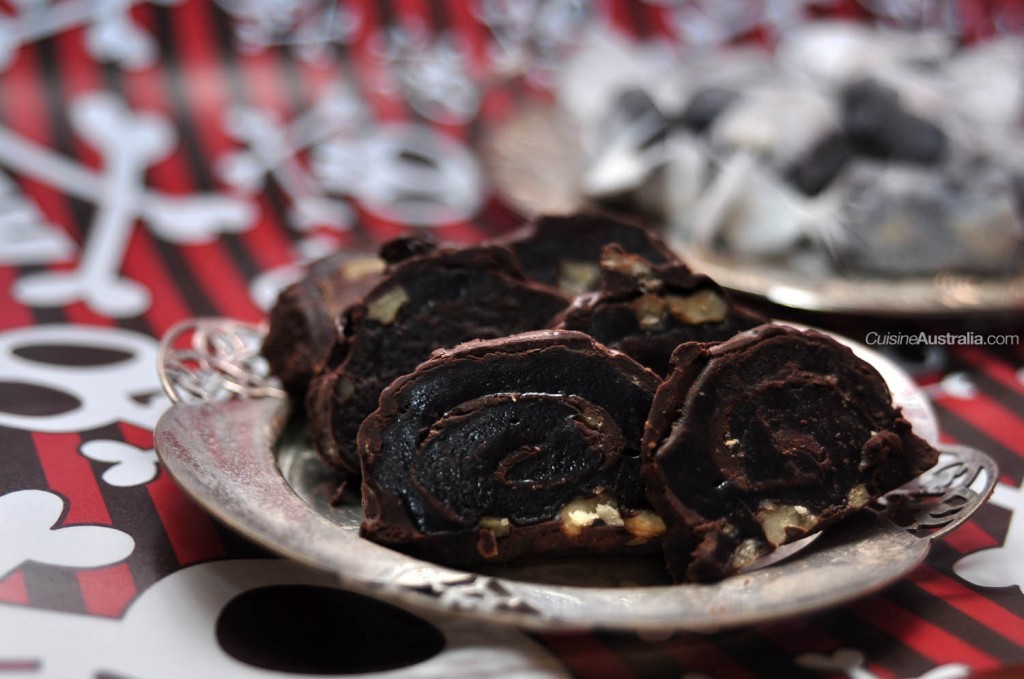